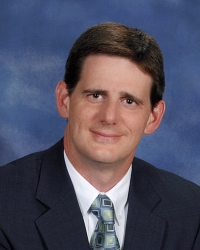 Danny Braddock has been a member of Forest Hill since 1999. He and his wife, Melinda, have been married since 1990 and have two sons. Jack is an engineering major at the University of Memphis, and Wade is a student at Germantown High School. With a degree in mechanical engineering from Mississippi State University, Danny has worked in product development for over 25 years, beginning in the tire industry before transitioning to the medical device industry.

Prior to becoming an elder in 2018, Danny served as a deacon for 15 years. One of his primary responsibilities was promoting the elementary-aged youth program known as Jesus’ Children or the JC’s. As an elder, Danny’s areas of focus continue to be the JC’s as well as the Zone and Hearts & Hands programs.